From Ston Walls and Ston Salt Works , picturesque Janjina and Trpanj founded on ancient Gradina to Orebić, a city of sailors and captains, Pelješac is a destination of exquisite wines, active vacation and beautiful beaches

From place to place, along wavy Pelješac road, you will meet this peninsula’s unique lifestyle, based on blessings of nature. Pelješac people live in harmony with hundred years old tradition of maintaining and cherishing olive groves and wine yards, some of which arose on hardly accessible place, thus testifying of the effort and persistence of these people. 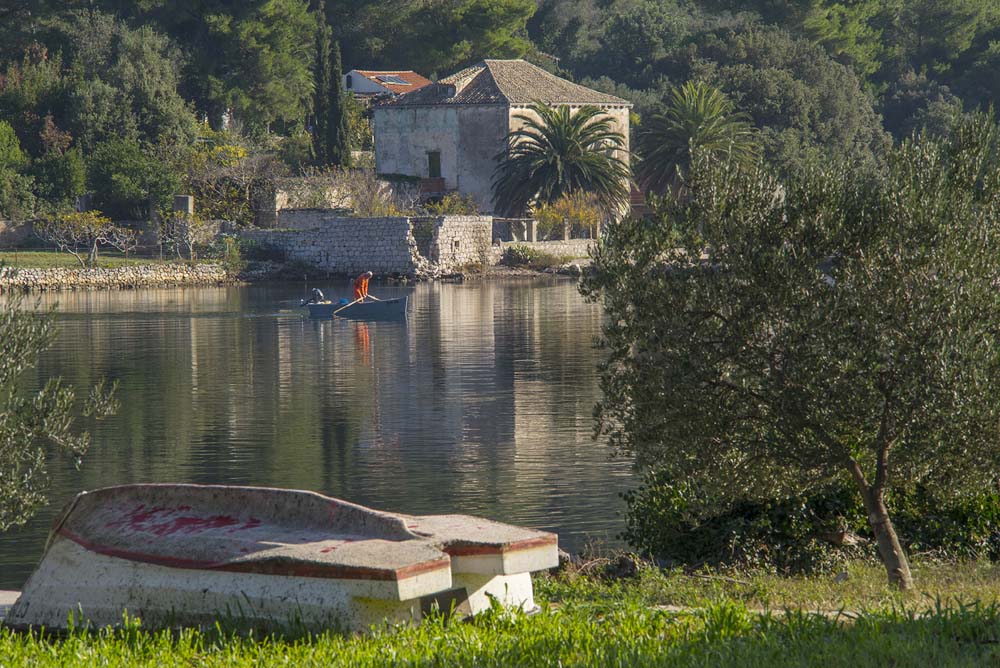 Here, harsh Dalmatian karst gave some of the mightiest plavac varieties. This variety gives the best results on Pelješac, so it is not surprising that it makes 90 percent of total Pelješac wine yard,  which is one of the biggest in Croatia. 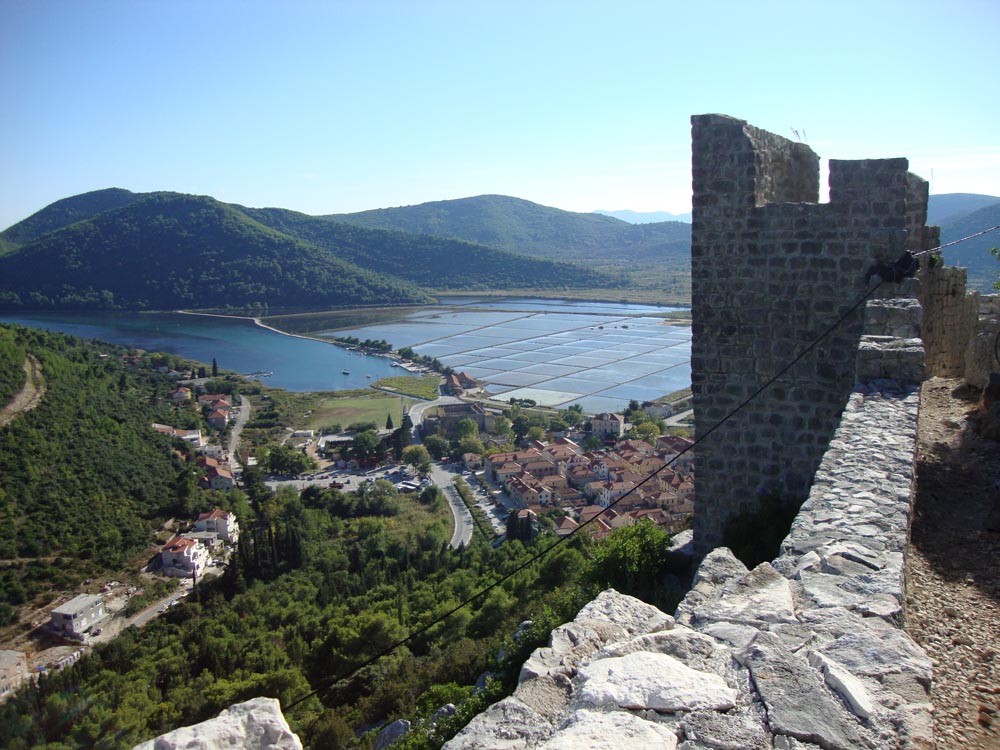 Due to sun reflection from the sea and rocks, excellent conditions are made for accumulation of sugar in grape, especially on famous Pelješac positions Dingač and Postup, Ponikve and Milij,  which create beautiful landscape by descending towards the sea.

Even though, while visiting Pelješac wineries, the owners might seem somewhat secretive karst and wine grape enthusiasts, some of them are famous names that made Croatian and Dalmatian wines world famous.

The best way to get familiar with this peninsula is to take a thematic road ”Pelješac-wine empire” or Napoleon road 61 km long, which goes through entire Pelješac and is an integral part of roads for active  tourism.

STON – A story of salt and oysters

If you are arriving to Pelješac by land, medieval Ston is the first place on the peninsula that you can’t miss. You will be impressed by its 5,5 km long stone walls, the longest in Europe. 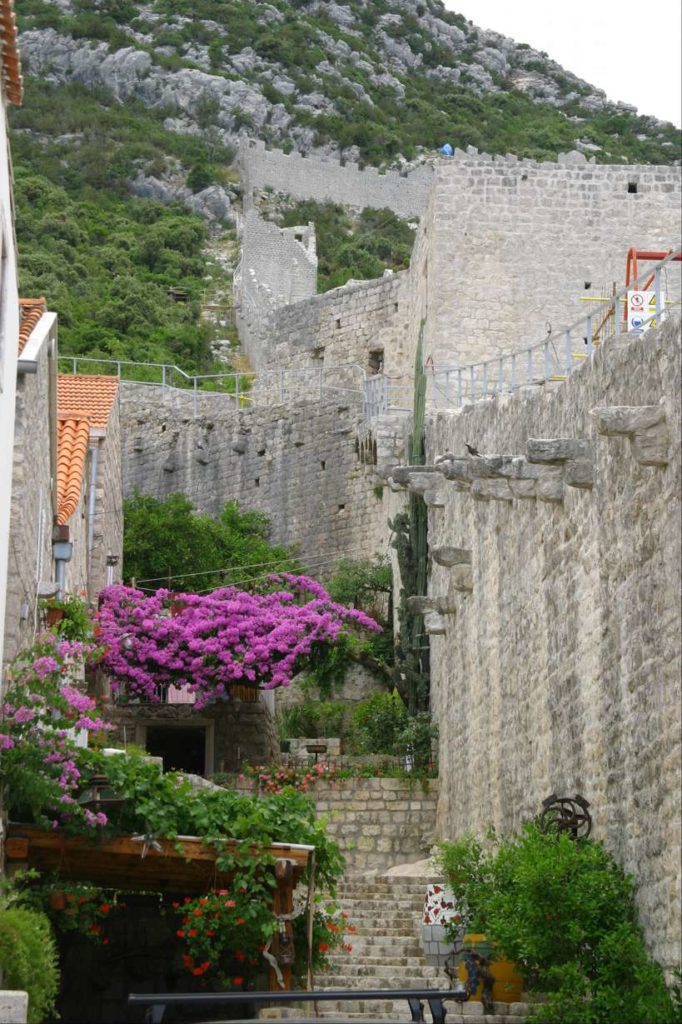 They were built by Dubrovnik Republic in 14th century to protect highly valuable salt works, the oldest in Europe, and some say even in the world. The salt work is active even today, preserving its appearance and production ways through centuries. 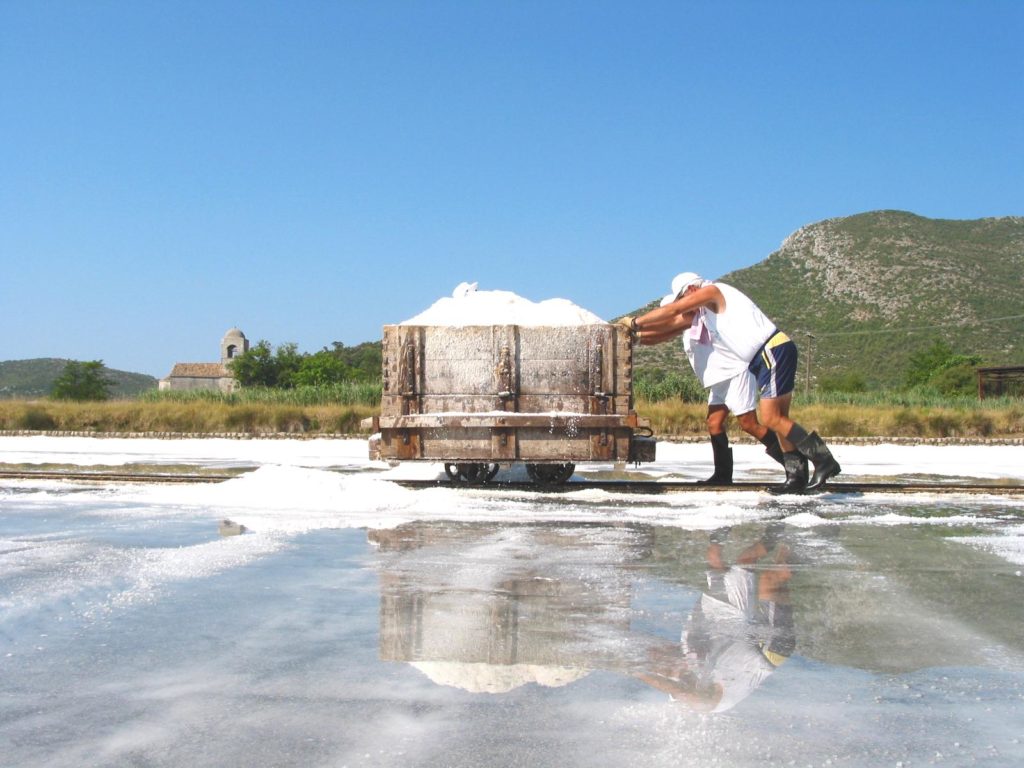 But, within Ston Summer many manifestations await you, like Folklore Festival on June 24, International Festival of Orchestras on June 25, St Liberan festivity on Jul 23, Pelješac Wines Night on July 30, Baštadura on August 2, Summer Carnival on August 6, Folklore Night on August 13, Kinookus Film Food Festival on September 8,  StonWallMarathon on September 18… 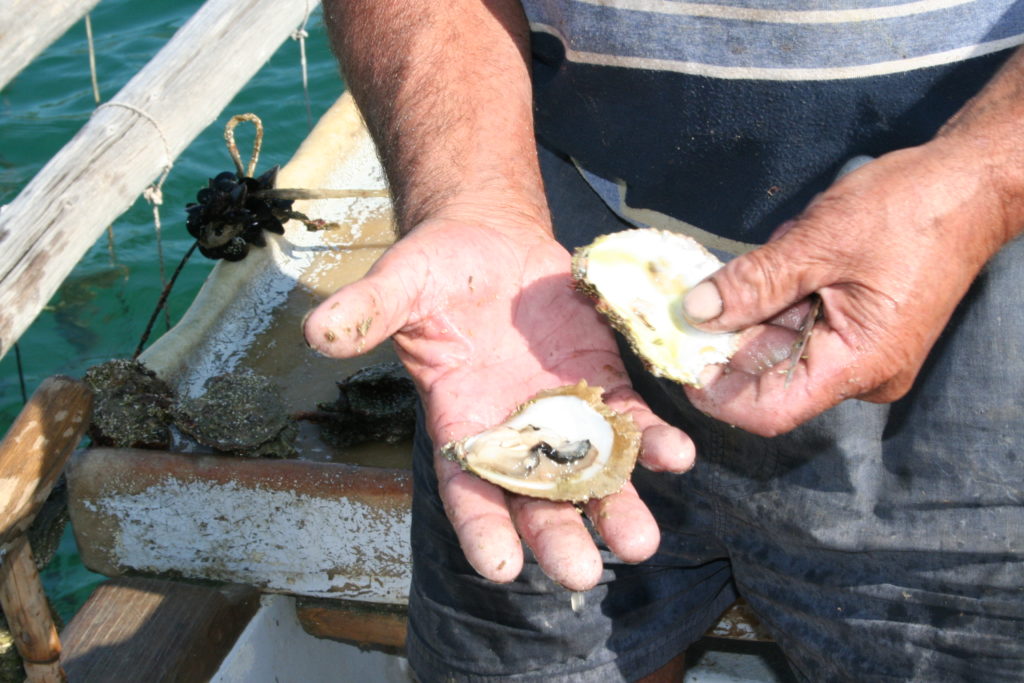 Before you leave Stone visit Lapidarium, external collection of Archaeological Museum of Dubrovnik on ground floor of Ston vicarage. 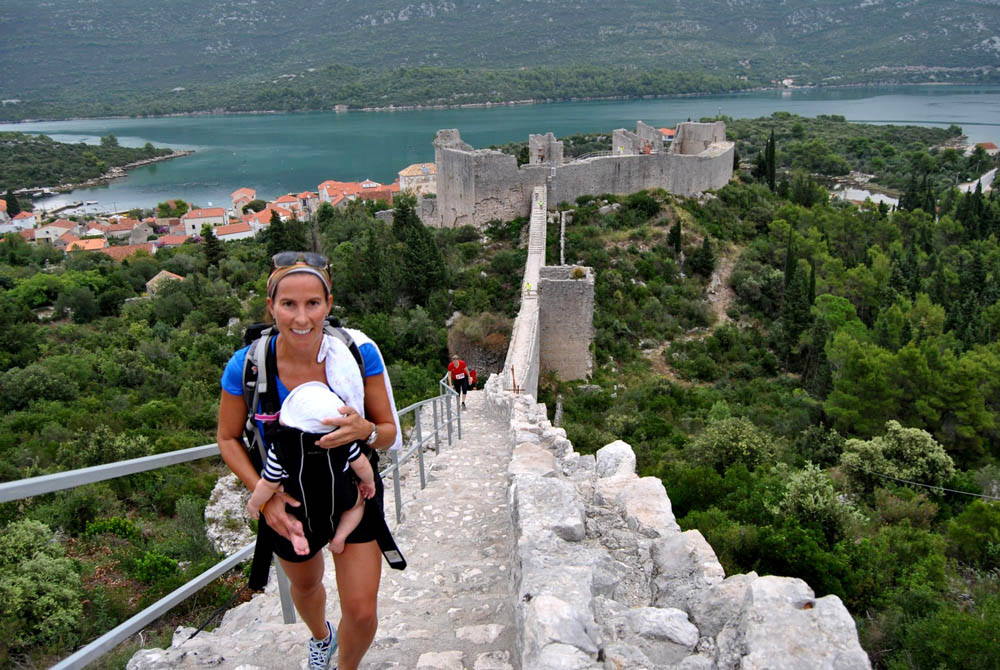 By following the road from Ston, across Ponikve and Putnikovići, you will arrive to Janjina in the centre of the peninsula, which used to be called Little Paris, due to its cultural and economic significance. With central place Janjina with Zabrežje village, the municipality encompasses Popova luka and coastal places Drače, Sreser and Osobjava with beautiful beaches. 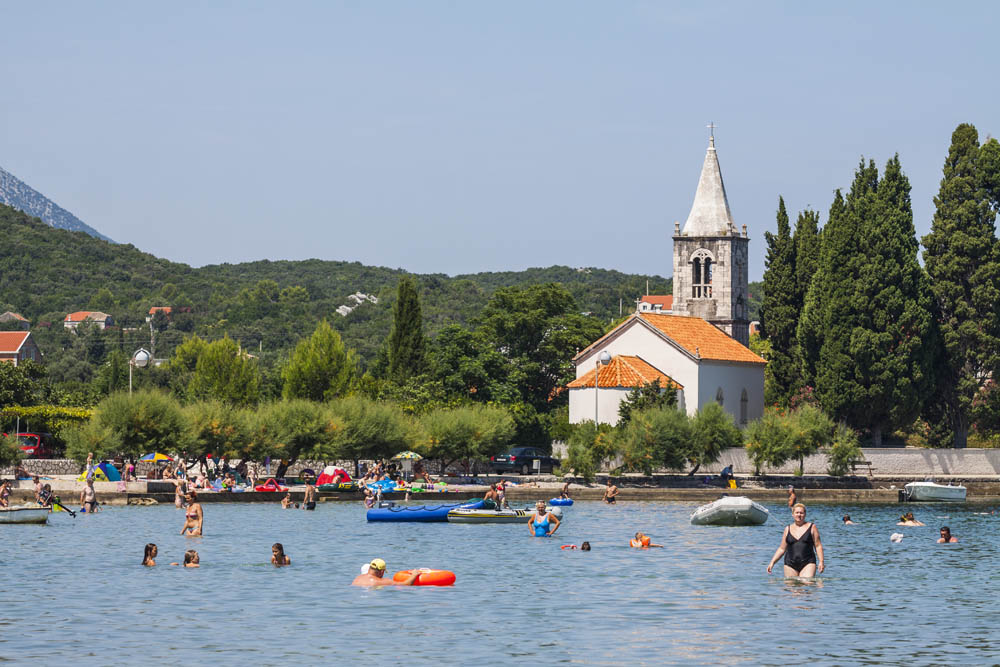 You will enjoy in excellent dishes based on seasonal ingredients and fresh caught fish, together with unavoidable strong plavac wine varieties of several famous local producers. You will be enchanted by Dalmatian hospitable atmosphere, and if you go on a tour of Janjina along its stone-paved streets, do not miss former Knežev dvor (Rector’s Palace), gothic church of St. Vlaho  and church of St. Stjepan on Janjina graveyard, which is considered to exist since Roman times. 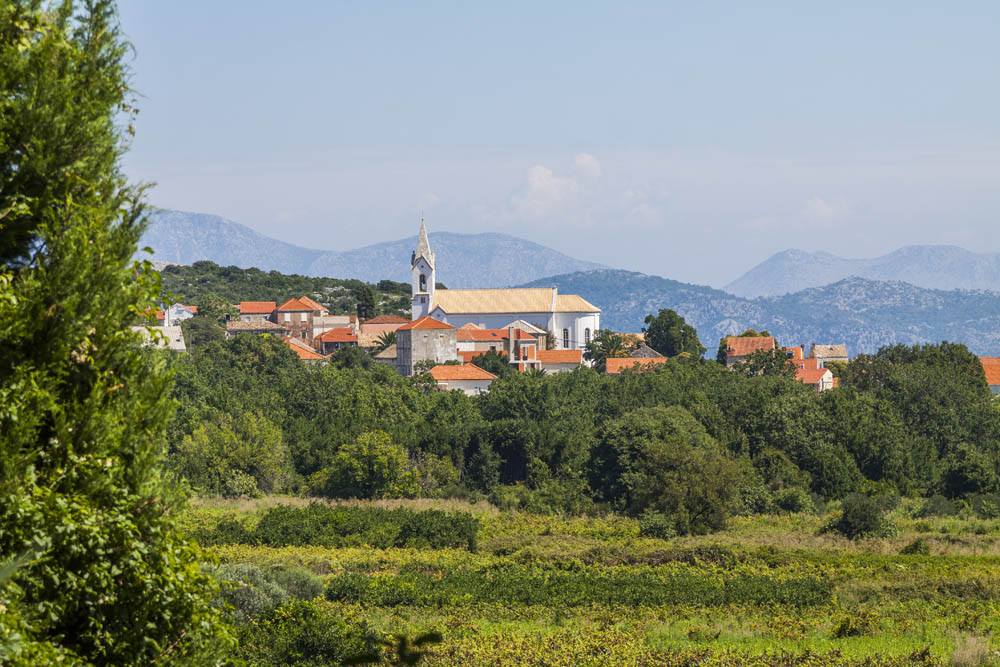 This summer as well many manifestations are organized for Pelješac people and their guests, so you can feel tastes and scents of the peninsula on fishermen’s nights in Drače and Sreser, but also on events in Drače: Pelješka trpeza (Pelješac’s table) on June 26 and Wine Night on August 8. Drače is also  famous for feast of St. Roko on August 18, while in Sreser there is festivity of Assumption of Mary on August 15. 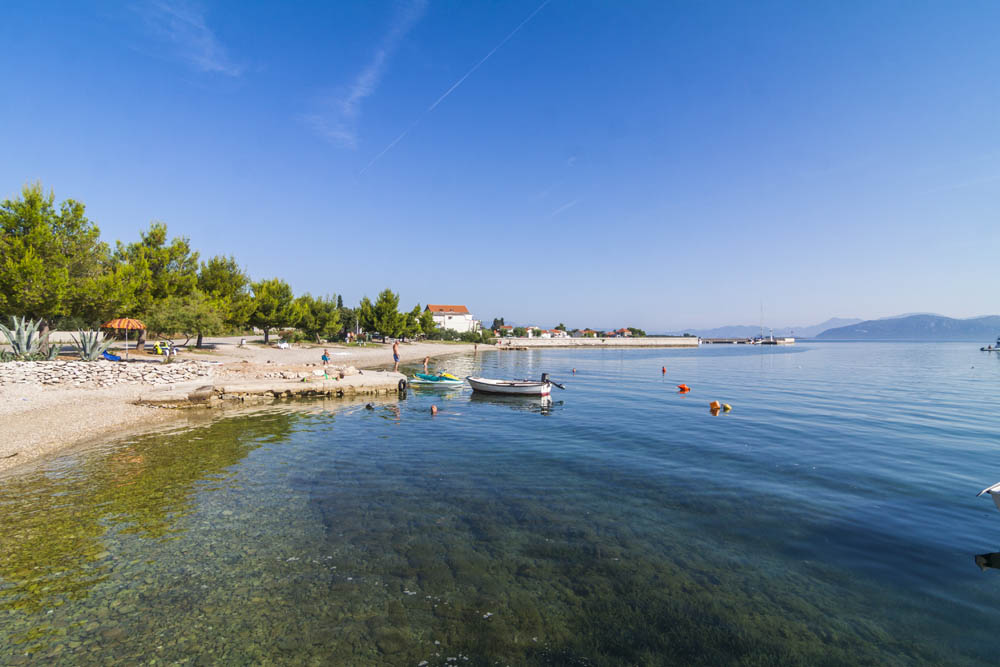 Orebić – A place of sailors

From the viewing point of church of Our Lady of Angels in Orebić, one of the most attractive tourist places on the Adriatic, a beautiful view spreads. There almost isn’t a house where at least one family member wasn’t a sailor, while Museum of votive photographs of sailors and their families, captain’s grave yard and the Maritime Museum testify of great nautical tradition of this place. 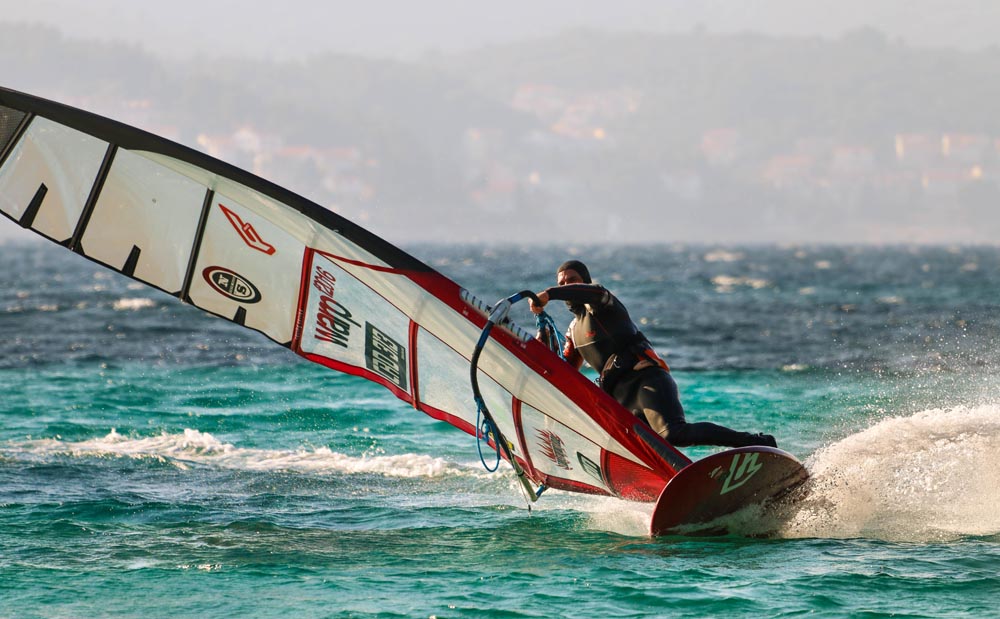 Above Orebić, St. Ilija’s peak stands, to which lead 3 routes of mountaneering roads, while neighbouring Kučišta and Viganj are famous destinations of professional and recreational surfers and kiters. Every May In Viganj state championship in windsurfing Viganj Slalom Open is held, while summer season in Orebić began at the end of May by promoting diving and ecology action Poged u plavo (View into the Blue). 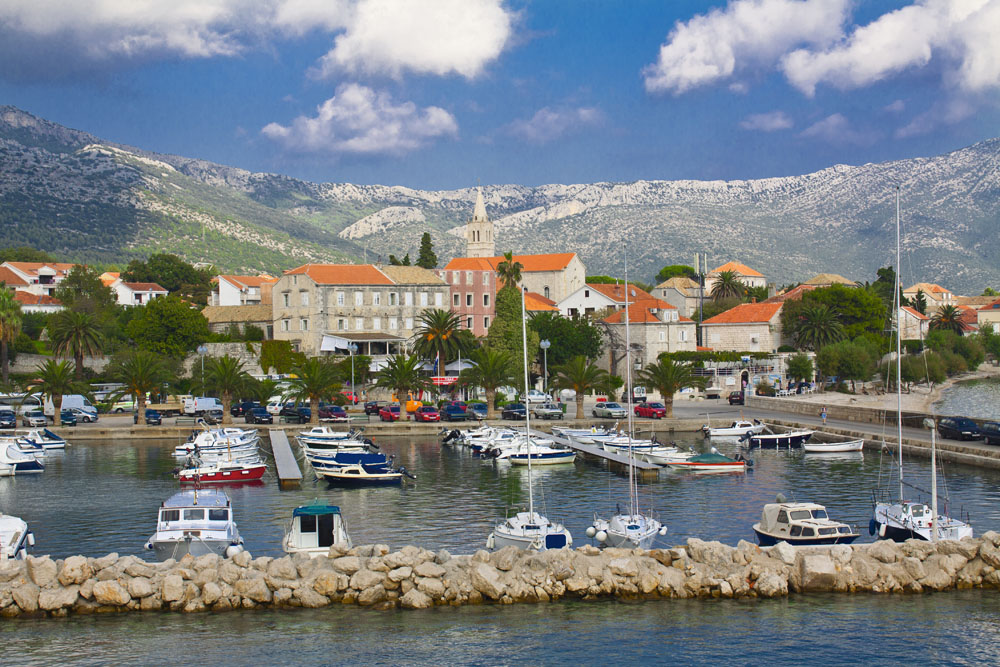 Famous summer manifestations in Orebić are Sounds of Dalmatia, held every Monday from June 6 to October 10 and Tastes of Orebić – cuisine and wine, held every Thursday from June 16 to September 15. Every other Sunday from May 29 in  parish church in Orebić you can enjoy in Nights of classical music, and in sounds of klapa on July 31 on Klapa festival in Franciscan monastery. 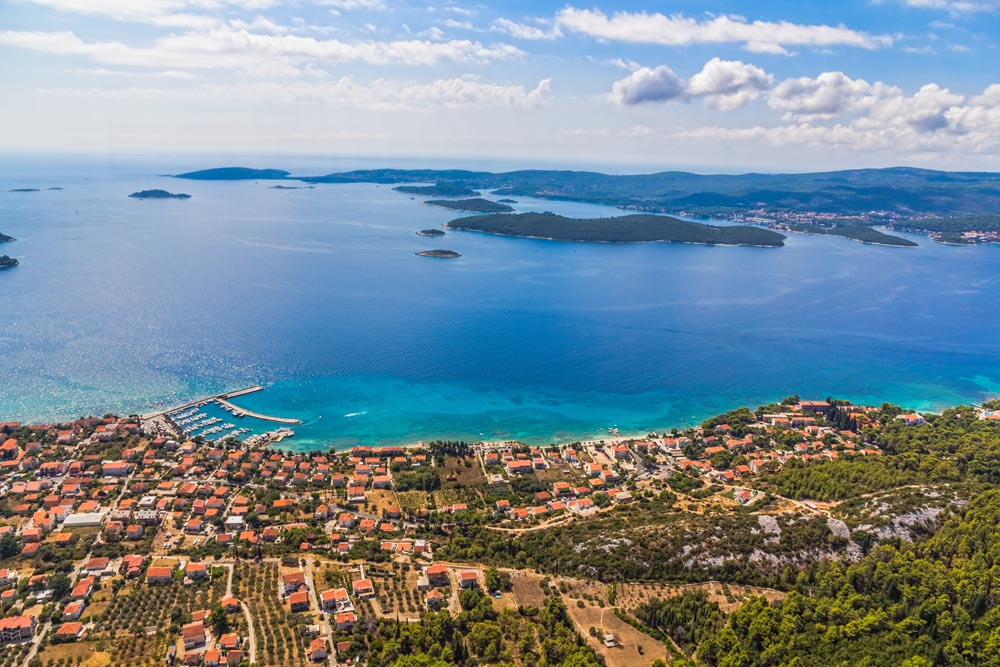 There is Pirate Night on July 23 in Viganj, and from September 29 to October 4 there is Rozariada – Viganj Games,  competition in surfing, trekking, cycling, football l…. This summer in Orebić Luky and Enigmatiko band will perform on July 15, Klapa Kumpanji on July 26, Neno Belan on July 30, Silente on August 6 and Klapa Kaše on August 29. 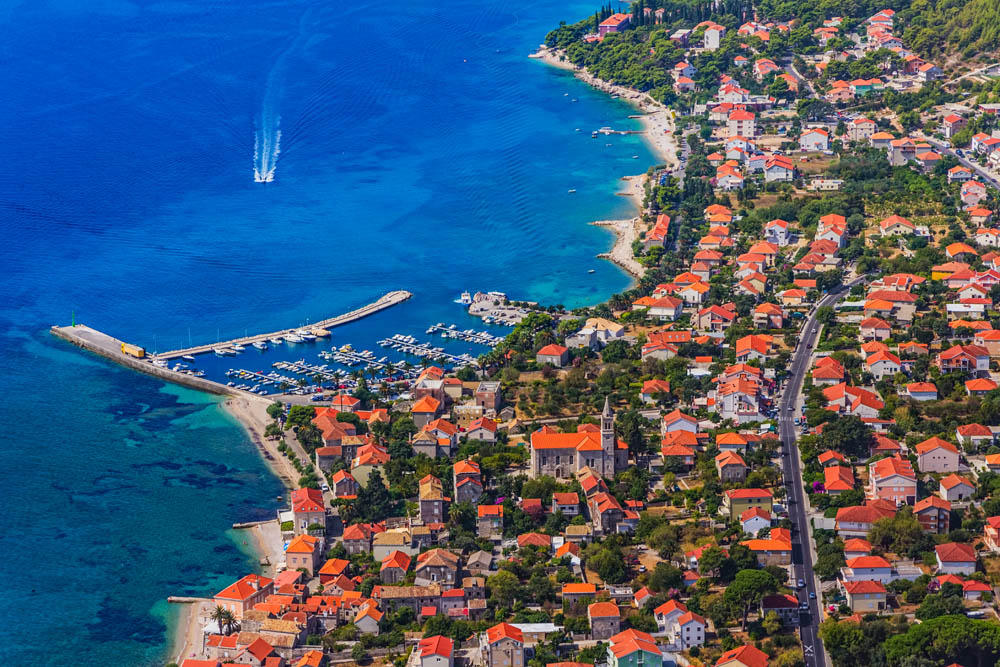 Opposite of Orebić, on the other side of the peninsula Trpanj is situated, which you can reach in two ways – by driving along a road through picturesque Pelješac landscape or by ferry from Ploče. Active vacation enthusiasts will fall in love  with this place which is one of the oldest on Pelješac. Founded on ancient Gradina with  a unique viewpoint, you can sightsee Trpanj on one of cycling roads, and you will equally enjoy in one of four mountaineering roads – Viter, Lozica, Paškalov put and Miloševica or along thematic roads like Roads of Therapeutic Herbs and Roads of Olive Oil.

You will be relaxed by a walk by the sea that starts on Trpanj waterfront, goes along the coast, bays and bathing spots, and ends above Blace bay, known for therapeutic mud. If you like some serious recreation set out along a road to Divna and Duba bays. On this 12 km long road the landscape alternates between mild and dramatic, with untouched nature and beautiful beaches. 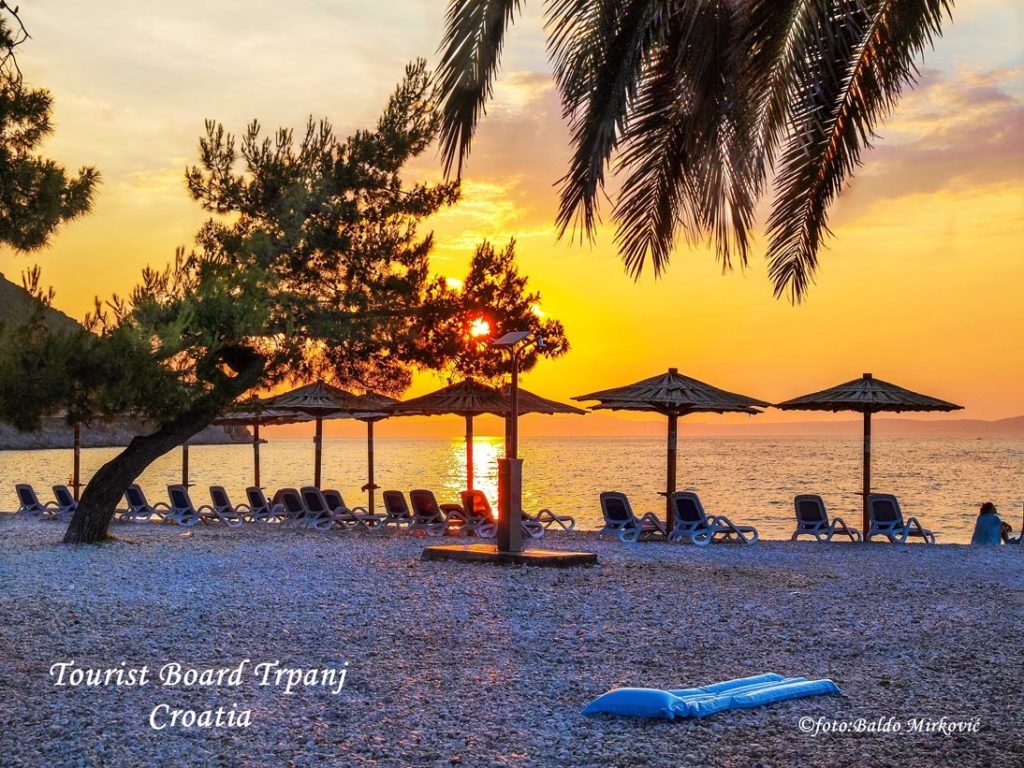 This summer Trpanj will welcome you with series of events. Within Municipality Day on July 2 traditional international bowling tournament is held, with teams from all over the world, and ends with great party on waterfront.

Within Pelješac manifestation Wine Nights, Trpanj will be presented on August 13 with the best wines and dishes, and two days later the biggest Trpanj’s party will be held, festivity of Assumption of Mary. In old part of neighbouring place Andričići do not miss Klapa Festival on August 27.