When thinking about numerous Croatian tourist destinations, your thoughts always wander away to Hvar – destination with authentic Mediterranean spirit, open to tourists from all over the world who come to the sunniest island on the Adriatic to smell the lavender and hear the humming of the sea… and while it was once called Austro-Hungarian Madeira, and then Croatian Saint Tropez, Hvar was and stayed Croatian island with its own identity and a magnet for tourists from all over the world. 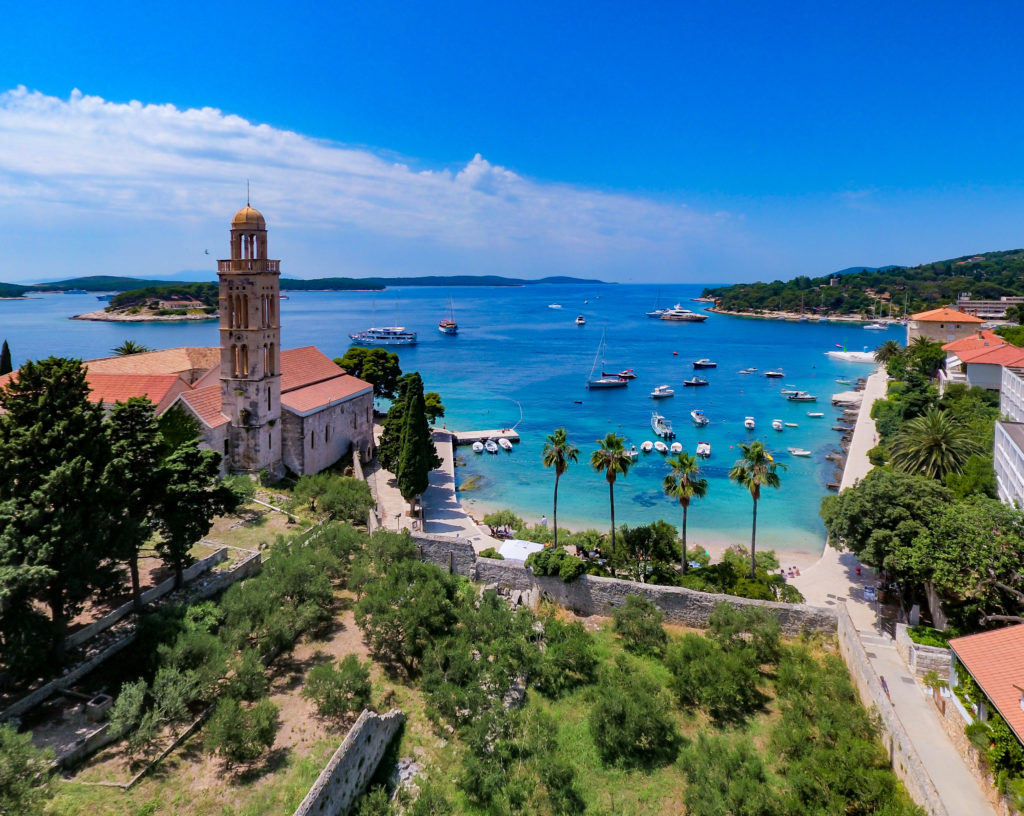 Town Hvar is also a world tourist destination that celebrated 150 years of organized tourism this year. Upon founding of Hygienic Society in 19th century, at first called Società Igienica di Lesina, first of the kind in Europe, with aim to obtain everything needed for a pleasant stay of foreigners in this town” a group of local enthusiast set the foundations of modern tourism as we know today. It was one of the reasons why this year Days of Croatian Tourism (DCT) were held in Hvar. This is the most important touristic manifestation in Croatia, attended by all who mean something in tourism. For, if you’re not on DCT, you don’t exist in Croatian tourism! 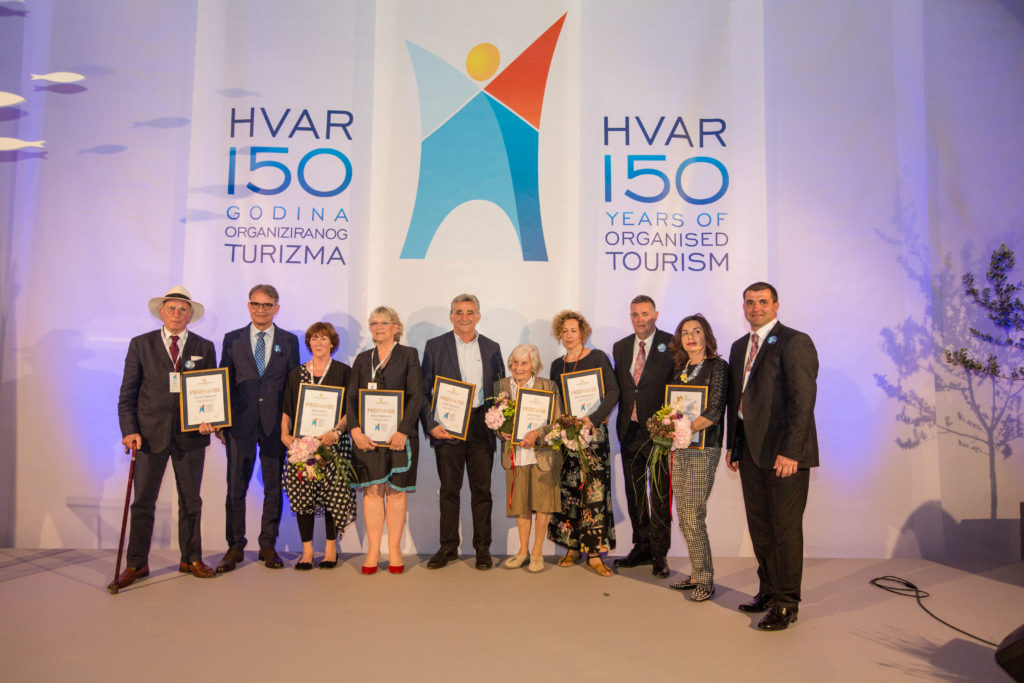 This year Hvar has celebrated 160th anniversary of foundation of Meteorological Station Hvar, the oldest one in the world with continuous climatological measurements, whose data of beneficial climate were the basis of pioneer initiative of public organization of tourist offer. Additionally, celebrating 160 years since the birth of Ivan Vučetić, dactyloscopy inventor, makes this year exceptional for the town of sun and its guests. 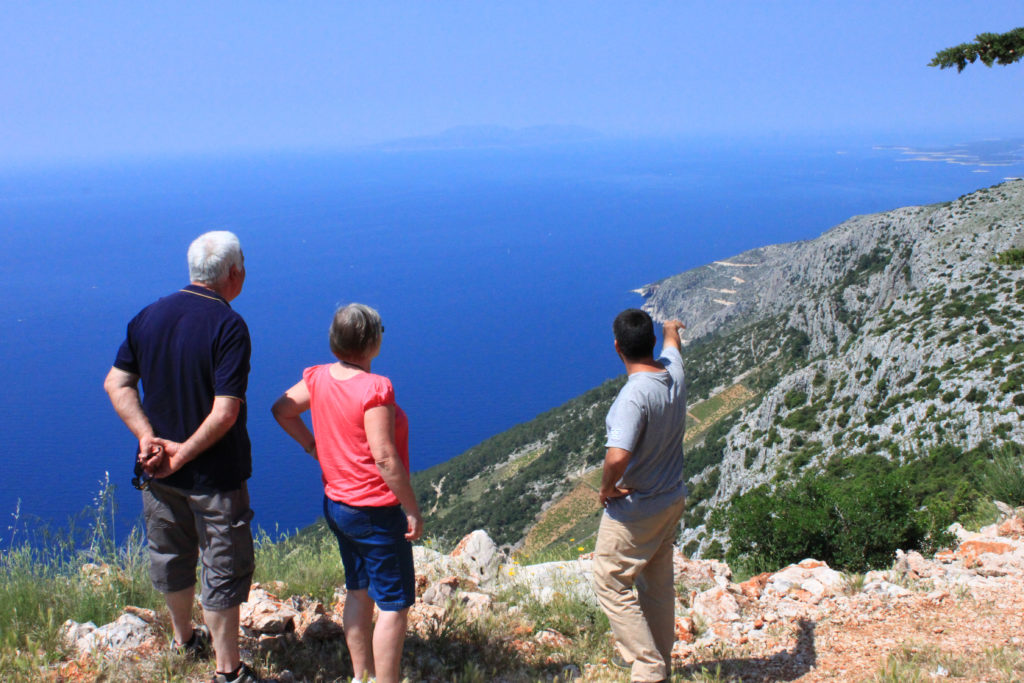 What is there to know about Hvar?

This island has approximately 2726 sunny hours per year. Archaeological findings proved that this was the place where the oldest drawing of a boat in the world was found  – dating back to Neolithic! The oldest public theatre in Europe is also in Hvar, founded in 1612. First hotel was built in 1899 and it was named after Austrian empress Elizabeth, affectionately called Sissi. Hvar is the only island in the world with six UNESCO protected heritage goods, the most recent one listed was drywalls. Perhaps the most interesting one is lace made of agave leaves by Hvar’s Benedictine nuns. 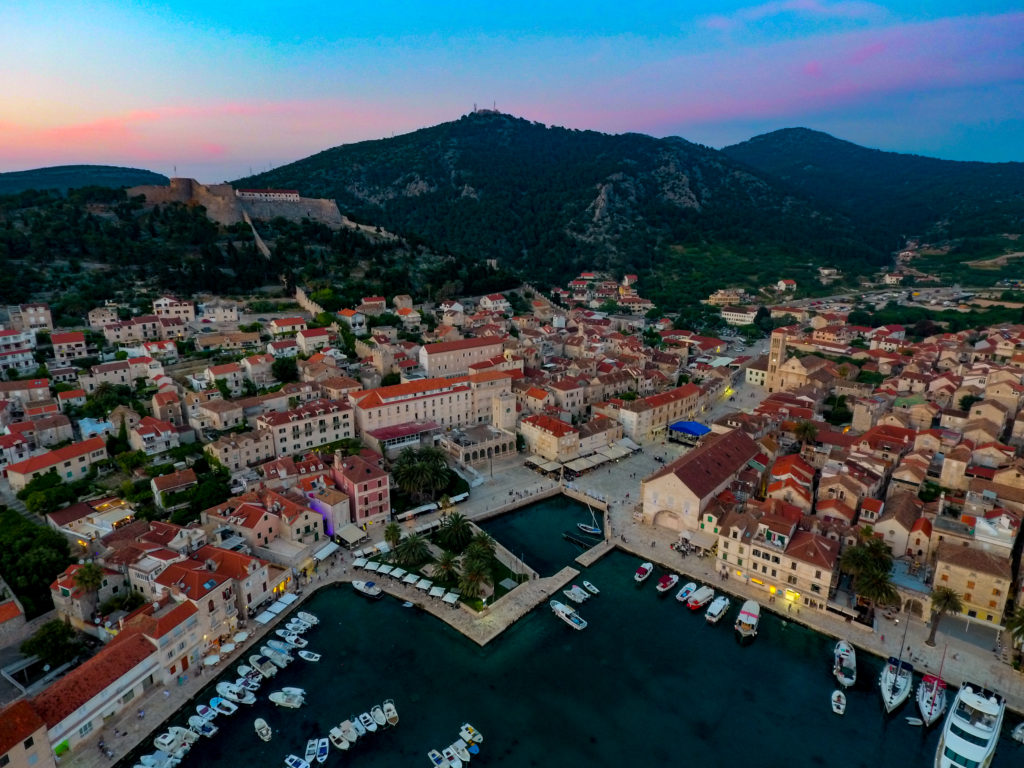 Since it has great gastronomy and even better wine, Mediterranean diet of the island of Hvar is also on the UNESCO list. You should definitely try gregoda – simple dish of Hvar’s fishermen made in a traditional way from fish, potatoes, olive oil and onions. To leave Hvar without trying gregoda would surely be a sin. 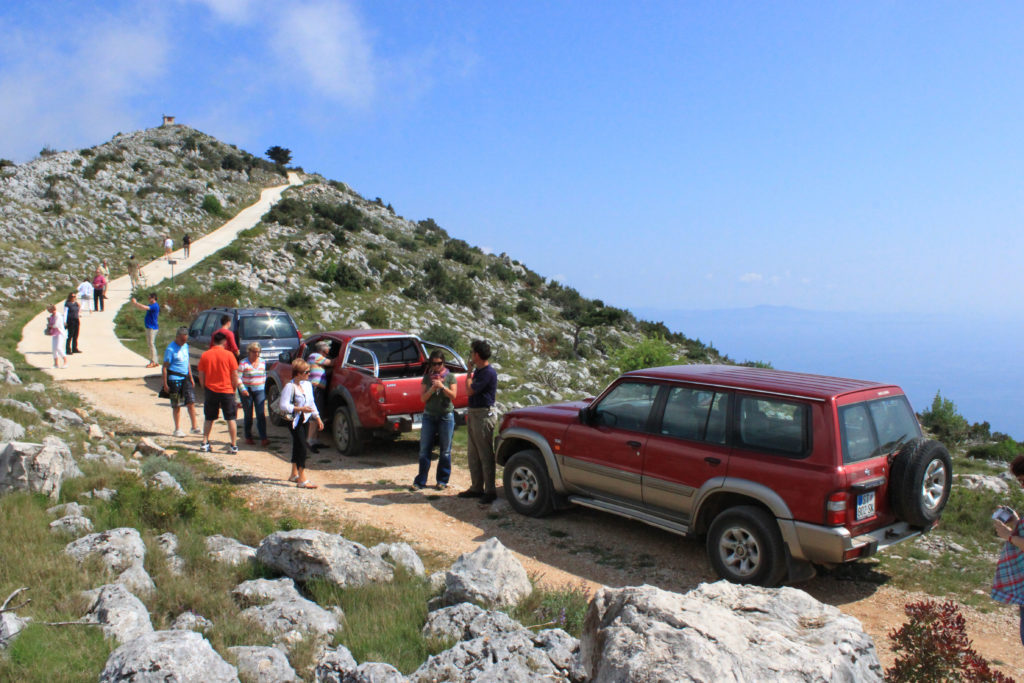 Through history in Hvar many beautiful works of cultural and historical heritage were created. One of them is Fortica fort, keeper of the town and the port from 16th century. But, today Hvar is the leading place on the Adriatic in active vacation offer, and this is surely what most attracts tourists.

Sailing, kayaking, diving, hiking, cycling, jeep-safari, are only some of the ways to experience Hvar in a different and unique way – full of adventure, sense of freedom, when only the sky is the limit, where you can do it, if you want it. 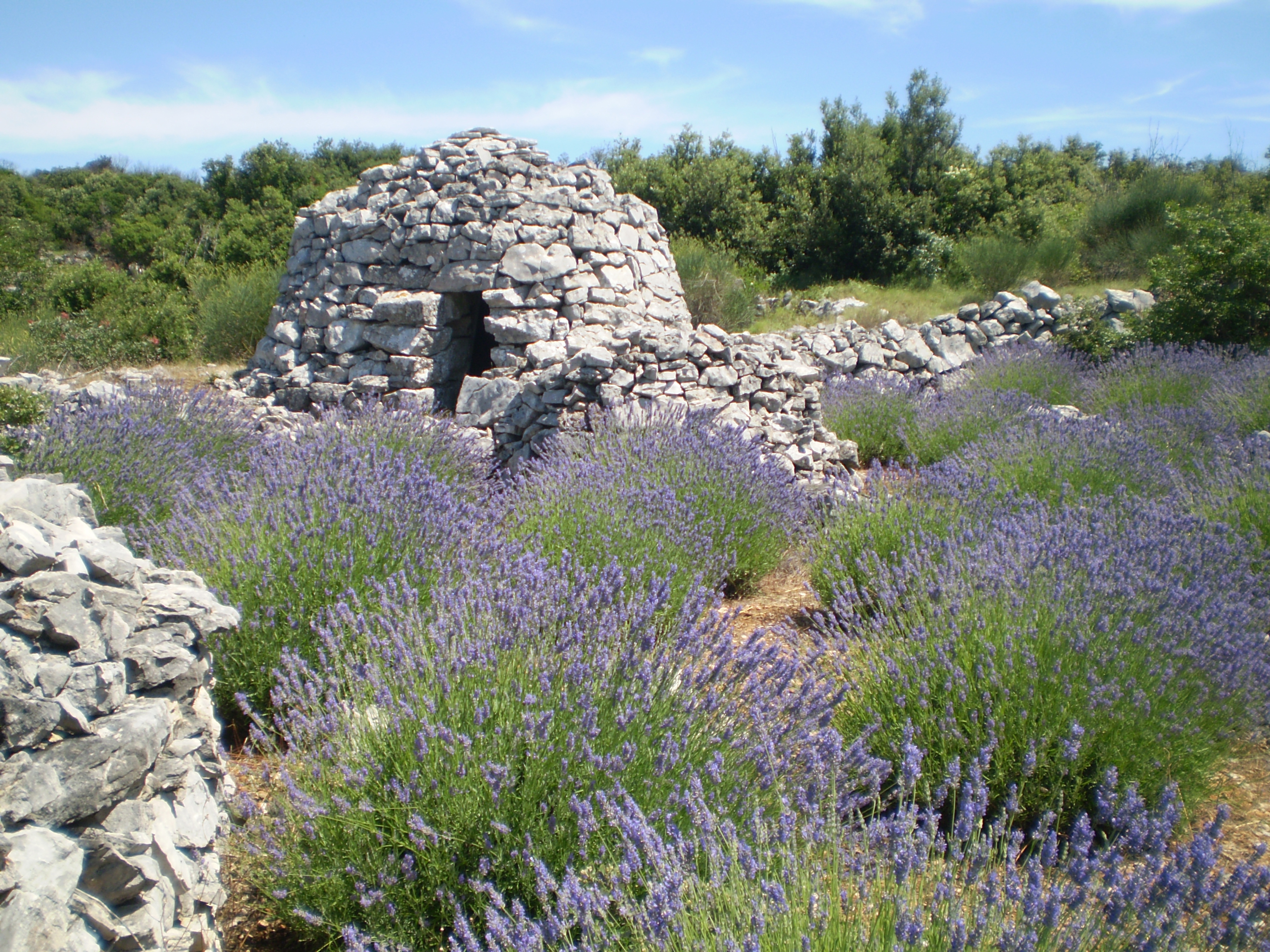 A grain of salt and a bit of adrenaline…

Cycling roads like tiny capillaries pass through the entire island, and the ones who sensed its pulse at least once, will hop on bike again and try to conquer all the cyclo-roads on this island. Their knowledge and experience can be tested on 13 arranged cycling roads of total length of almost 500 km. If you prefer hiking, then you’re at the right place as well because there are many hiking roads on Hvar. 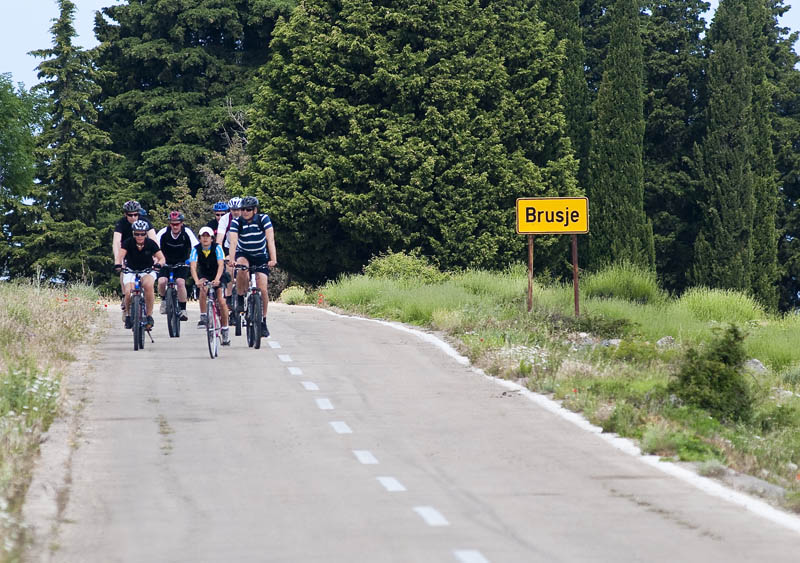 But, Hvar is interesting for other athletes, so for the last two year it has been a host for swimrun competition, extremely demanding sports discipline in aquathlon category in which pair take turns in running and swimming on roads from 45 to 75 kilometres. This competition, ÖTILLÖ (in Swedish from island to island) emerged as a result of a bet between two young Swedes in 2006. Their extreme attempt from Stockholm’s archipelago, 10 years later, evolved into a new sports discipline. 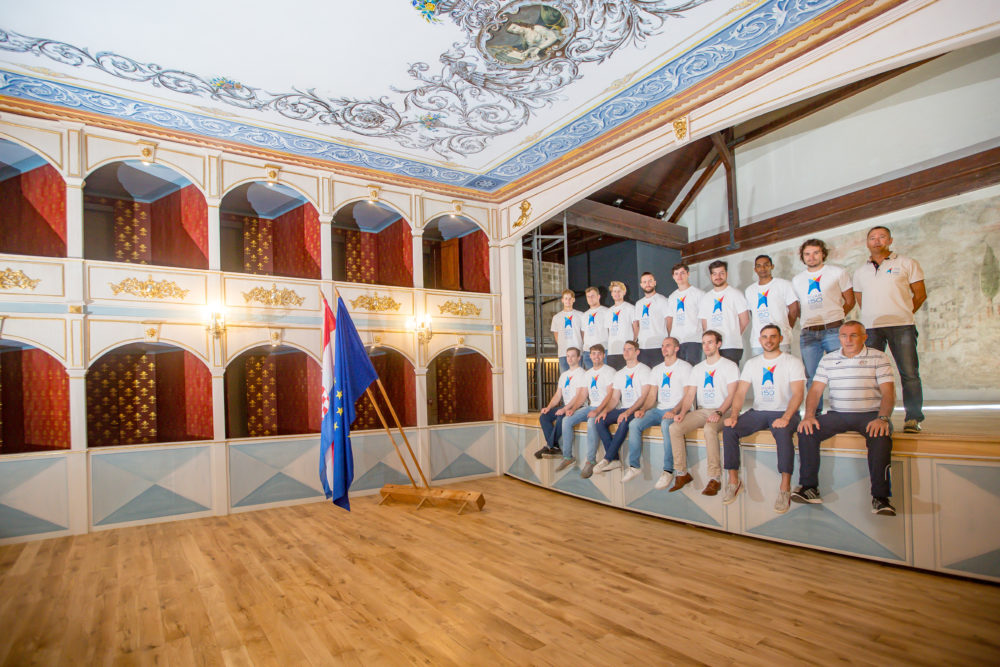 Hvar is becoming more recognized by top athletes as an ideal place for sports preparations. In October Australian handball national team was on preparations, whose selector is Ante Jeličić from Hvar. Beauties of the island of Hvar, Hvar’s sights, a view form Fortica fort, and 400 years old theatre have left Australian team breath-taken. 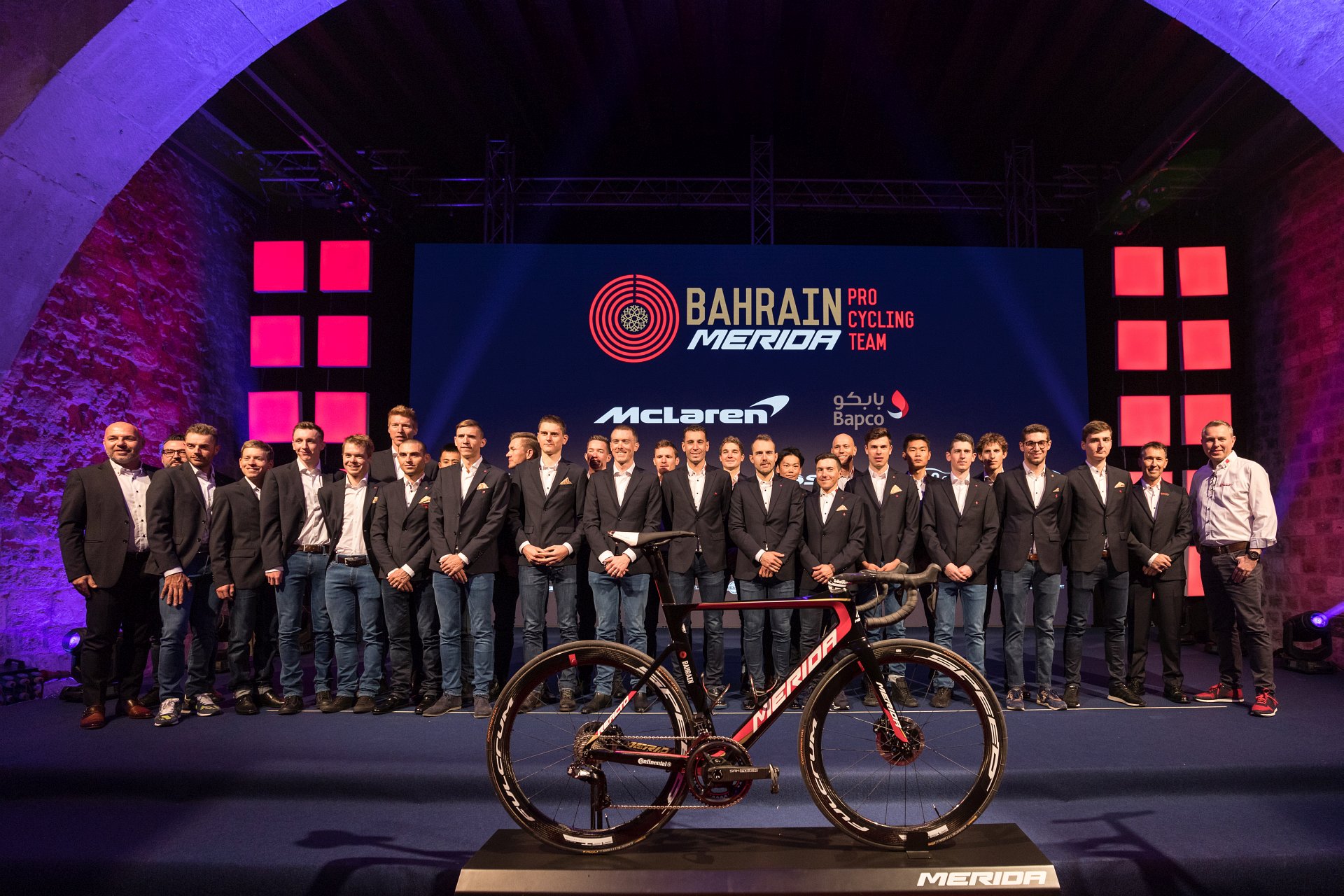 Two years ago in Hvar, European Championship Laser Masters 2016 was held. It was a championship of European society of laser EurILCA for yachtsmen over 35 years of age, who are not active in sailing anymore, but their love for the sea and competition still gathers them on championships all over the Europe. 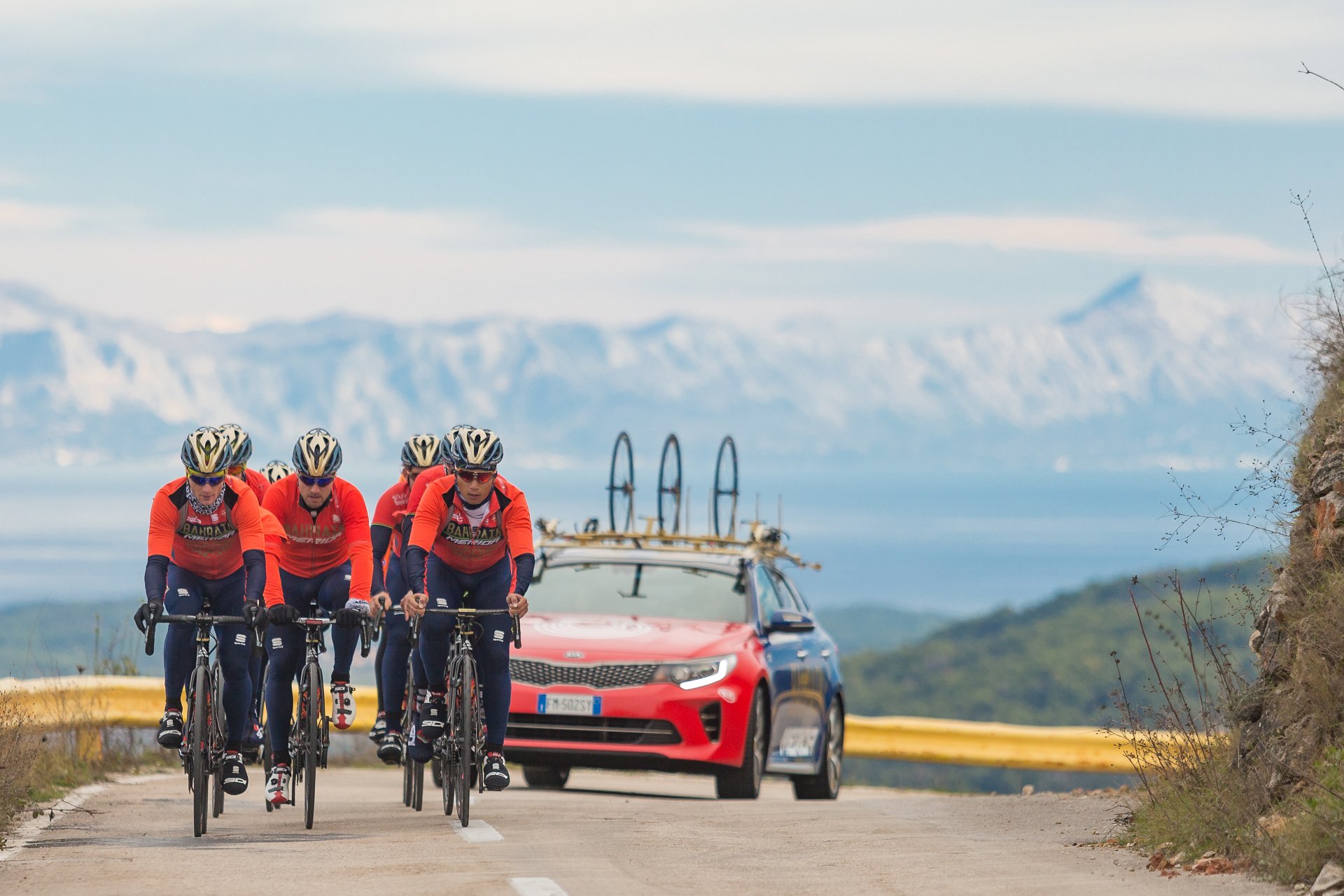 That Hvar is a heaven for cyclists is proved by cycling team Bahrain Merida who were enchanted by this island. And while these cycling sheiks, a member of which is Italian cycling expert Vicenzo Nibali, first visited Istria, for the last two years they have chosen Hvar as their preparation place, and they will continue do so in 2019 as well. With these perfect natural conditions and adequate infrastructure for cycling, it has proved to be an excellent choice for training camp. Cycling events, together with other sports events contribute to the image of a destination as an ideal place for active vacation.

This year as well, from December 27 – 31 42nd International New Year’s Regatta for Laser, Laser Radial and Laser 4,7 will be held. On the very New Year’s Eve navigational regatta Zdenko Roić Memorial for optimist class will be organized. Next year 9th International Hvar Half-Marathon will take place. As in recent years, it will be marked by a slogan “For run For fun”. Come and join running for fun!

Hvar is a sample example of what we want to do with Croatian tourism – not just to count guests and overnights, but to present quality offer. The island of Hvar is one of the most beautiful Croatian islands where quality has arrived through sustainability, preservation of the existing offer, primarily of historical monuments and culture. Hvar has become a year-round destination.