To be totally honest, all our small boroughs (in local dialect: malo misto) are gorgeous in their own way, but the tourism professionals have confirmed that Sutivan is indeed something special! This year, on the prestigious event “Tourism Days” (Dani turizma), Sutivan was awarded in the category of best authentic seaside destination, leaving behind 20 other small boroughs that came in shortlist. To find out what’s new in Sutivan, what kind of valuable projects are in preparation and which are our top suggestions for the most enjoyable accommodation experience and active holidays, stay tuned with us in the following lines! 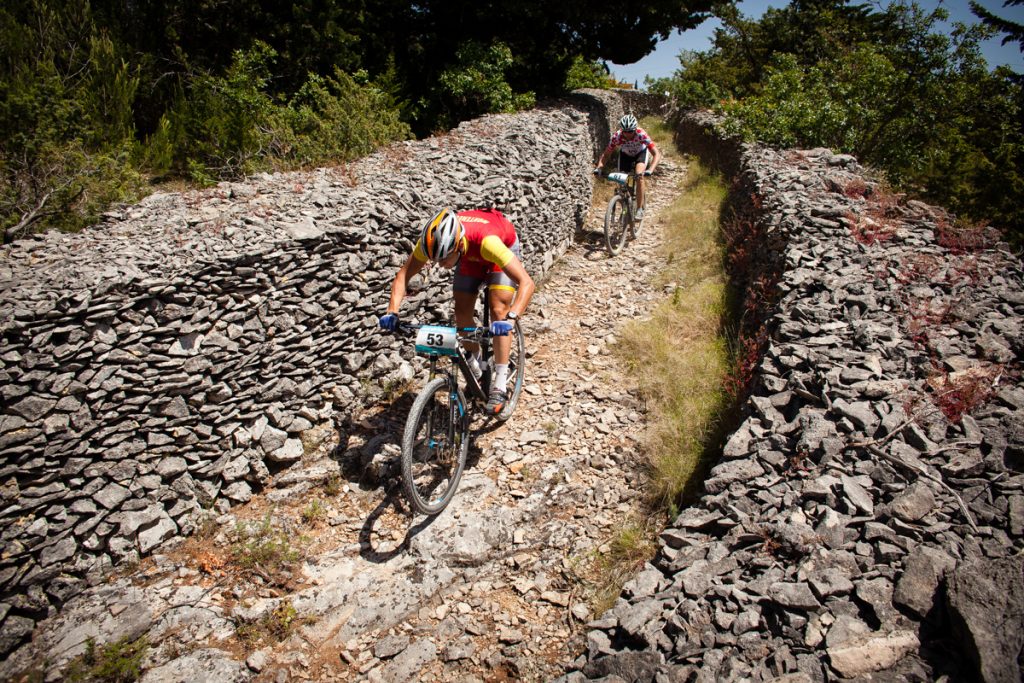 ATRACTIVE INNOVATION. Sutivan doesn’t intend to stop just at this flattering acknowledgment, which is proven by most diverse projects that will surely enhance and expand this small town’s tourist offer. For example, persons with disabilities are more than welcome guests here –  appropriate access points have been designed as part of the most important municipal project, “Open Doors for Friends “ (“Prijateljima vrata otvorena”), which is currently in underway in the administrative segment,  for them to be able to visit attractions such as Kavanjinovi Dvori (residential and farm area), “old Brač plastika”, the former oil mill and the cinema, for all the planned contents. Construction work which started in April this year, has been completed on for the extension of the swimmers dock, which now boasts with the Aqualift – intended for facilitating the entrance & exit in the sea for persons with disabilities. 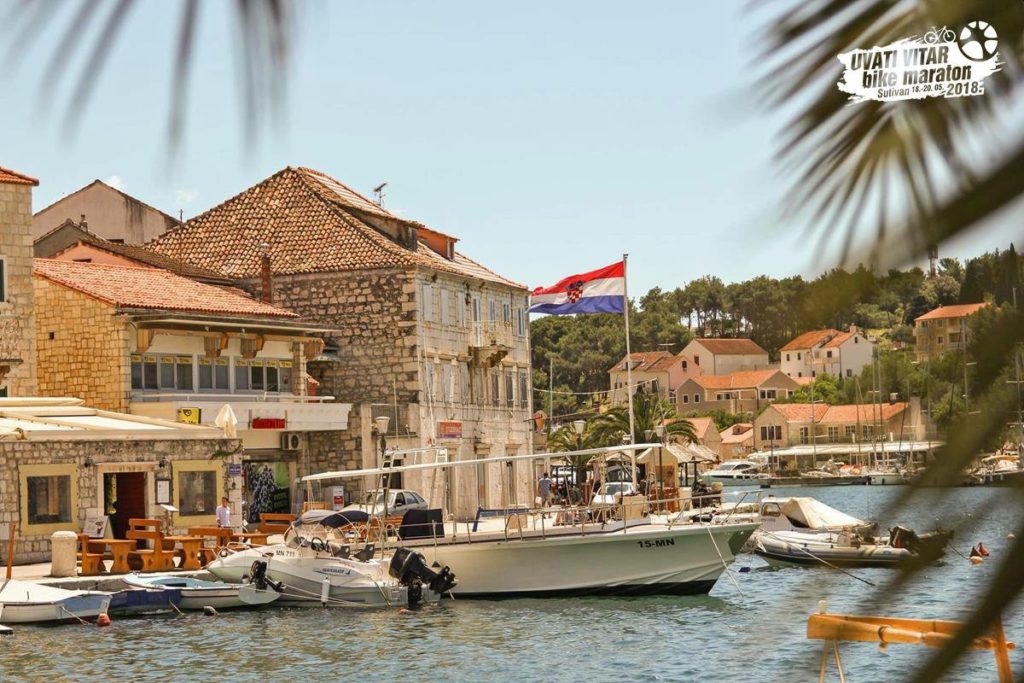 As a tourist magazine, we highly commend this extraordinary initiative, which will make all Sutivan guests feel comfortable there! Apart from the before mentioned Kavanjinovi Dvori, there is also a new nursery in plan, as well as the renovation of the center of the borough and its promenade, as well as the setup of additional features on the beaches. Sutivan will receive an additional dose of luxury – it is intended to build three new high class hotels in the area of ​​320,000 square feet of land. In all likelihood, Sutivan’s bright future in tourism is at hand’s reach! 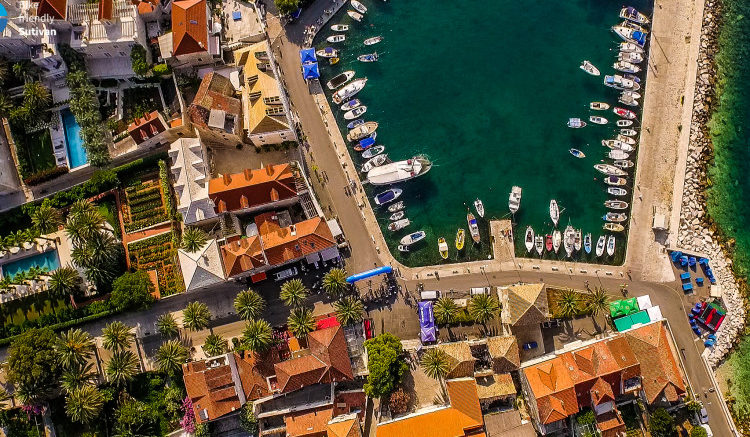 SPEAKING OF SOPHISTICATED ACCOMMODATION, you must see Sutivan’s heritage hotel “Lemongarden”! When we typed its name into Tripadvisor’s search engine, the results blinked with full 5 stars (totally deserved!) in front of our eyes! Guests, already thrilled by the fact that Brač has its own airport, which greatly facilitated their arrival, experienced a real euphoria when they saw that Lemongarden not only corresponds to everything it is said about the hotel in their attractive promotional materials, but that it is even more fascinating in real version! 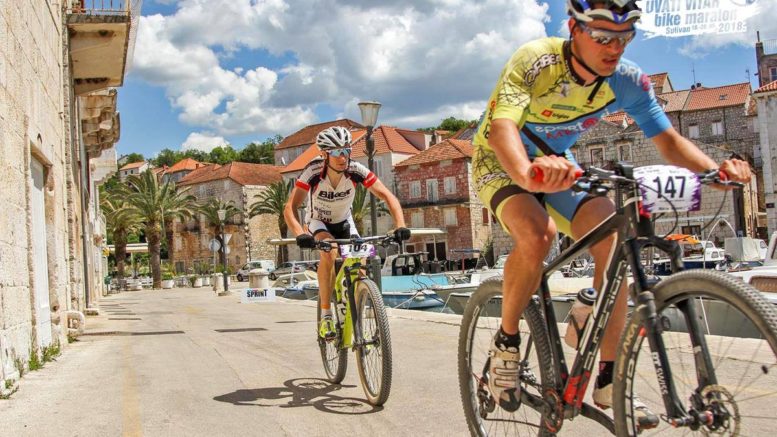 One foreign guest made a joke with the metaphor of “amazing grace” (feeling incredible bliss), which perfectly suits everything he saw and experienced there, starting from the flawless elegance and cleanliness of the facility, spacious and modernly equipped apartment, to a relaxing atmosphere, a nearby a park and fabulous, 50-meters-long pool. This hotel, surrounded by bougainvilleas, roses, hibiscus and lemon trees, perfectly adapts to Sutivan’s vista, and has its own private beach, and – oh, but of course – lemon based delicacies according to its adorable name – from the exquisite lemon liqueur to lemon jam, which tastes so good that the guests would like to bring it home!

NOW, FOR THOSE WHO WOULD LIKE TO ADD A SPLASH OF ACTIVITIES, BESIDES FULL HEDONISM DURING THEIR STAY, there are great options for an active holiday here in Sutivan! The combination of excellent cycling trails and the idyllic island setting (not to forget the divine Brač lamb dishes!) thrilled the former mayor of London, and passionate fan of recreation on two wheels, Boris Johnson, who came to visit the borough two years ago and became one of the best & loudest promoters of Sutivan in the world . That all his praise is well-founded, it can be easily understood by all visitors who decide to master the attractive bicycle trails named by the typical local winds – Tramuntana, Maestral, Levant. 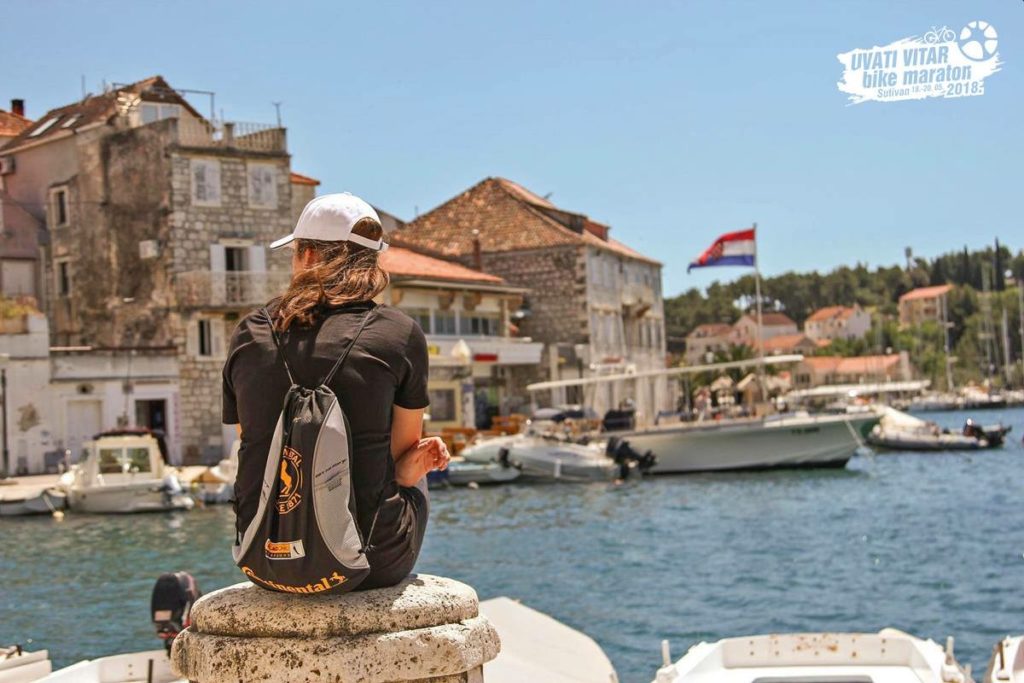 In addition to offering great cycling experience in an authentic Mediterranean setting, these trails leads to attractive points that are unique thanks to their plant and animal diversity, or to cultural and historical significance: for example, from the sandy Likva bay, not far from the coast, at 30 meters of depth, you will encounter the submarine site of an antique shipwreck, and you will be led further to the picturesque places of Bobovišća and Ložišća, villages with wonderfully preserved rural features (take a look at the masterpiece of Ivan Rendic – a magnificent belfry from the second half of the 19th century in Ložišća!). And if you want to have a go at the real competition, the XCM “Uvati vitar” race is a great choice for you – choose one of the three interesting tracks which fit your condition level and join this beloved race, which will take place from May 17th till May 19th 2019. In the words of the organizers, in the next year, this race, which significantly contributed to Sutivan’s positioning as a bike friendly destination, will be enriched with additional, expanded contents, and we cannot wait to see what the best little borough has prepared for us!