Cetina region can be explored in various ways, and one of them is travelling along old Roman roads, which are a proof of former turbulent historical periods.

Former busy roads are today transformed into routes full of interesting remains, old military camps and artefacts from archaeologic sites. Cetina region has a lot of them, and therefore this area is a bate for tourist who like to jump backwards to history.

In attempt to save old roads from oblivion, project called Roman Roads of Central Dalmatia had started in 2012. While developing the project, its initiators have made a big progress regarding preservation and evaluation of Dalmatian road history. For example, in the centre of tourist attention they managed to place Tilurij, remains of old Roman military camp near Trilj, to which leads a network of Roman roads.

Inside this historical edifice Roman bedrooms will be reconstructed as an interesting tourist product. It is the first project of this kind in Croatia, who falls into category of experimental archaeology. Furthermore, it presents a new platform in tourist offer of Split’s hinterland.

The project “Sinj u sridu” was co-financed by the European Union from the European Regional Development Fund and the Operational Program Competitiveness and Cohesion.

The content of this article is responsibility of the RERA public institution for the coordination and development of Split-Dalmatia County, and doesn’t reflects the position of the European Union and / or the Managing Authority. 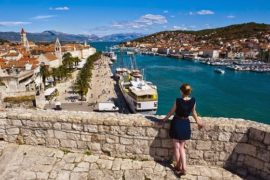 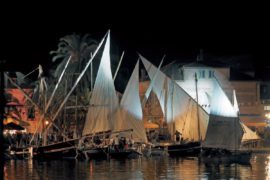