Ahead of the celebration of this year’s Europe Day (9 May), the European Commission and Europa Nostra are proud to announce the 2020 winners of the European Heritage Awards / Europa Nostra Awards. Europe’s top honour in the heritage field goes to 21 exemplary achievements from 15 European countries (for the full list see below).

This year’s impressive collection of award winners range from the restoration of Rubens’ garden pavilion in Antwerp (Belgium), to the revival of the renaissance arsenal on the island of Hvar (Croatia); from the trans-European network “Tramontana” dedicated to the research of the tangible and intangible heritage of mountainous regions, to the sensitive preservation of a cultural landscape formed by subterranean caves and wineries in the province of Burgos (Spain); from the rebirth of the impressive Basilica di Santa Maria di Collemaggio in l’Aquila (Italy), heavily damaged by the devastating earthquake of 2009, to the “Ambulance for Monuments” with an emergency team of craftspeople ready to save endangered heritage in Romania; and from “Scanning for Syria”, a research project carried out by a research centre in The Netherlands, to a major exhibition marking the 75th anniversary of the liberation of Auschwitz, organised in co-production between Poland and Spain.

Heritage lovers and supporters from Europe and all around the world can vote online for their favourite award winners and decide which achievement will win this year’s Public Choice Award. In times of confinement and physical distancing, the European Commission and Europa Nostra hope to inspire a particularly large number of people to discover this year’s award-winning achievements and to share the names of their three favourite winners. The Public Choice Award will be announced in the autumn of 2020. The winners of the Grand Prix, entitled to receive a monetary award of €10,000 each, will also be made public on this occasion.

“The COVID-19 crisis has made clear just how necessary culture and cultural heritage are to people and communities across Europe. At a moment where hundreds of millions of Europeans remain physically separated, our cultural heritage continues, more than ever, to bring people together. This year’s winners of the European Heritage Awards / Europa Nostra Awards are inspiring and powerful examples which truly contribute to a closer, more united and more resilient Europe,” said Mariya Gabriel, European Commissioner for Innovation, Research, Culture, Education and Youth.

“In these trying times, our award laureates, with their success stories of how adversity can be overcome through expertise, dedication and teamwork, are true messengers of hope. These exemplary awarded projects demonstrate that cultural heritage is vital to our mental and physical recovery from the trauma caused by the pandemic. Our shared heritage and its custodians can contribute in so many ways: from making accessible cultural content via creative digital solutions to undertaking concrete restoration and rehabilitation works as an act of social and economic rebirth for our cities and villages,” stated Hermann Parzinger, Executive President of Europa Nostra.

The Award winners were selected by independent juries composed of heritage experts from across Europe, upon thorough evaluation of candidatures submitted by organisations and individuals from 30 European countries. The Juries also decided to give three Europa Nostra Awards to remarkable heritage achievements from European countries not taking part in the EU Creative Europe programme, namely Switzerland and Turkey.

In 2020, two new ILUCIDARE Special Prizes will also be awarded from among the submitted applications to the European Heritage Awards / Europa Nostra Awards. The ILUCIDARE Special Prizes will be announced on 28 May. ILUCIDARE is a project funded by Horizon 2020 with the aim of establishing an international network promoting heritage as a resource for innovation and international relations.

The Call for Entries for the 2021 edition of the Awards is now open and the application forms are available on the Awards website. Submit your exemplary project and share your expertise and success! 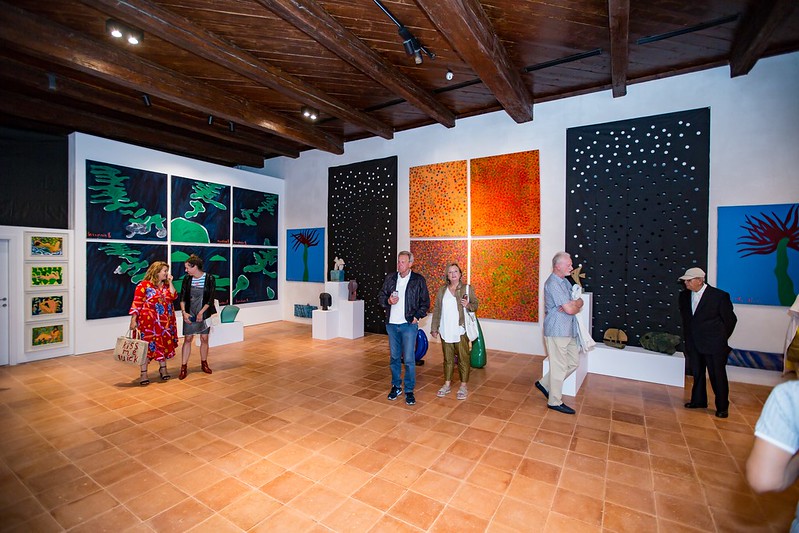 The construction of the medieval Arsenal began in the 13th century. Archaeological finds indicate that it was used as an arsenal since the 3rd-4th centuries AD. It was not until the early-17th century that the building achieved its present appearance, comprising a boatyard on the ground floor with a theatre and arsenal storage on the upper floor, which was adapted to a gallery and reception room.

The extremely demanding project to rehabilitate the Arsenal included documentation, research studies and a conservation report (1989-2005); the reconstruction of the load bearing structure (2005-2009); archaeological excavations (1994-1996 and 2014-2015); phases of reconstruction and renovation (2014-2018); and concluding work on the interior of the building, including updates to the theatre, gallery and reception room (2018-2019).

The ground floor space has retained its original character with exposed stone walls and arches while new multi-purpose facilities have been installed, providing Hvar’s citizens with a venue to host a wide range of cultural and social events. The original Venetian wooden beams are still present on the ceiling of the gallery on the first floor while some other original features of the building, most notably the frescoes and theatre boxes have been kept and restored to their original form.

The necessary new additions to the building were designed in a contemporary style, thus emphasising the original character of the building. These new components to the building’s historical layers have successfully evoked a dramatic meeting of old and new.

The Jury noted that “this respectful revitalisation project has adapted a very significant building to the modern needs of the community and adds a new cultural dimension to the tourism of the area. It represents a long-term effort to ensure the preservation of the Arsenal, a site of high heritage value. The stratification of the 16th-century building and the later 18th-century theatre has been properly recognised in the conservation works. These sites are evidence of a long history of international trade in Europe and are significantly located in the harbour area where they continue to play an important role as a place of connection”. 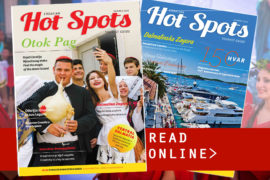 Croatia Hot Spots Summer 2020. edition is OUT! Fill your summer with joy!