Island of Pag is an unmissable global outdoor destination, as well as an international film and marketing attraction.

No one has original folk costumes like those Pag has. No woman wears a starched canvas in the shape of a triangle on her head, which frames the beautiful faces of the women and girls from Pag, these canvases are called blankets on the island of Pag and in Novalja, known as the Moon Island.

The island is decorated with one of the protected symbols of Croatian heritage, traditional, beautiful Pag lace, recognisable across the world as one of the most beautiful handicrafts made by the hands of women.

This summer, Pag is once again the number one destination, not only in Croatia but also globally.

The story cleverly developed over the years has led to the birth of Pag becoming an IN location, which must be included in every travel planner.

Because Pag has long been not just one of the top destinations for incredible entertainment, and by gradually building the story, this island has become an unmissable global outdoor destination, as well as an international film and marketing attraction.

And more than anything, this has been presented by the latest campaign that brought together a few wise minds from the island, reinforced by a top professional, well-established photographer Jakov Baričić.

Such a coming together of minds could bring about absolutely nothing but the very best, a story about the island of Pag that brought everything that makes you have to visit this island as soon as possible up to the surface.

And Pag has been enrolled as a must-see destination from the travel plans for many Croatian and foreigner travellers.

Because only here can one take fascinating street style and nature selfies and photos, and much like the trendsetters who have already done so, capture the absolute best that the island of Pag has to offer.

Now, what does one choose in that sheer abundance of options? Moon-like landscapes, beautiful bays, amazing scenes like from another planet? The magical yet modest convent of the Benedictine nuns, the alleyways, the beaches with the crystal clear sea surrounded by a lunar landscape and bare rocks?

Maybe some of Pag’s gastronomic delicacies? Or the incredible beauty of Pag’s women and girls wearing their original costumes, which are kept in families like the crown jewels and passed down from generation to generation?

This is exactly what Jakov Baričić showcased about Pag in his works, weaving fashion, tradition and amazing photography into the heart of the story.

The island of Pag has definitely been the most desirable Croatian outdoor destination for a long time now, which, on the basis of having earned such a title, has been providing fascinating natural attractions to its visitors.

. The most significant thing is the incredible landscapes which resemble the moon itself, extremely rare natural scenery that serves as the background of the trails for the most important outdoor event on the island of Pag – the Life on Mars race. 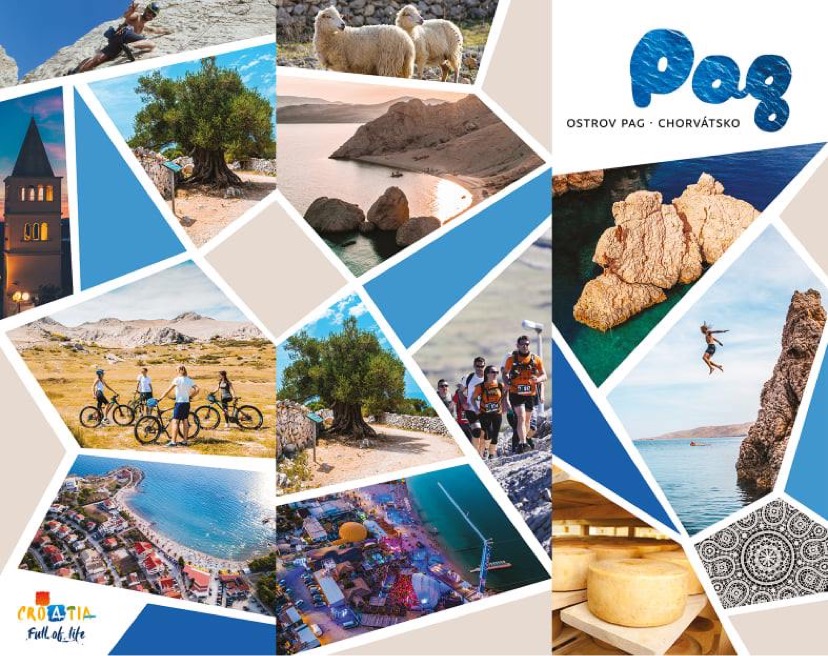 They were actually the beginning of an integrated programme of outdoor activities that positioned the island globally as a top destination for lovers of active tourism. The above is especially true for cycling tourism, and for trails, running and hiking tourism. Aware of the importance of the potential that Pag offers due to its natural features, the the island’s united forces have put together a special development plan with phases that will be built on in detail and gradually expanded over this year and the next three years. The project ‘’One island and one common vision’’ was created, with the aim of uniting and branding the island of Pag as a destination for outdoor tourism.

Such natural features didn’t go unnoticed even by film moguls who discovered the perfect scenery for some of the shots from their bestsellers in a surreal backdrop. Are you the type who likes to visit the locations where the famous films were shot?

If so, there are some great opportunities for precisely that on Pag, for example; the shot on the beaches of Novalja, which the director of photography Danny Moder, the husband of ‘’Pretty Woman’’ actress Julia Roberts, chose to shoot the film ‘’Ibiza’’. 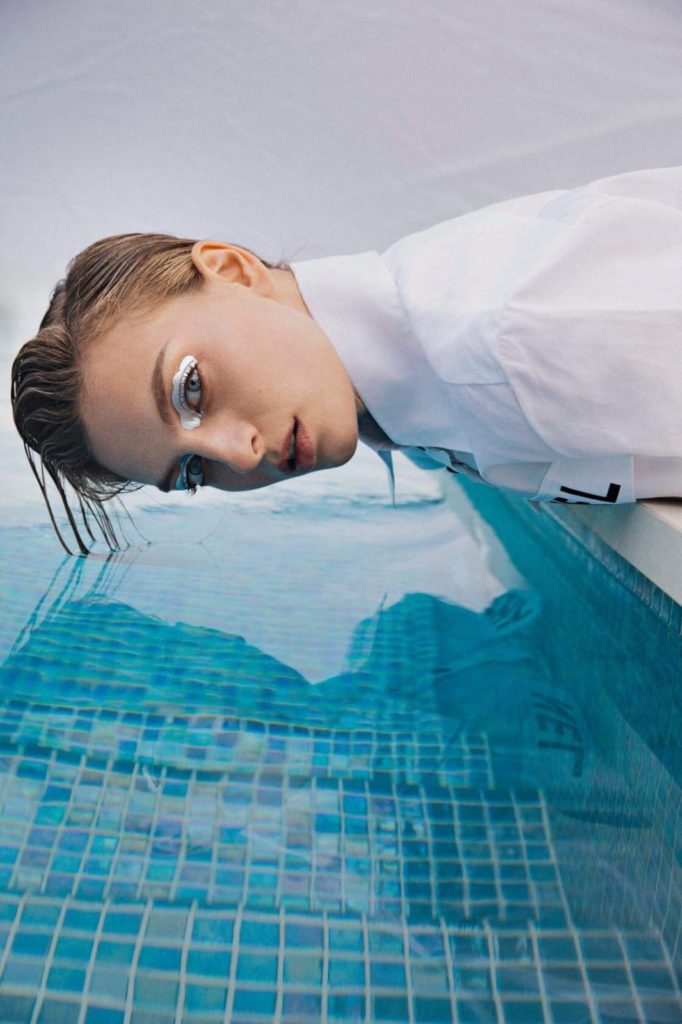 On Zrće beach, he also shot with the famous actor from the HBO series Game of Thrones, Richard Madden, who played Robb Stark in the first three seasons. The views of Pag also delighted Oscar winner Gabriel Salvatores, who included them in his new road movie ‘’Strangers in Paradise’’.Pag was the ideal backdrop for the filming of the world-famous series The Terror in fantastic locations such as the rough, rugged Paska vrata, produced by Oscar-winning director and producer – the genius Ridley Scott, who is best known for films such as Thelma & Louise, Alien, Blade Runner, Black Hawk Down and Gladiator, for which he won an Oscar and a Golden Globe for the best picture. 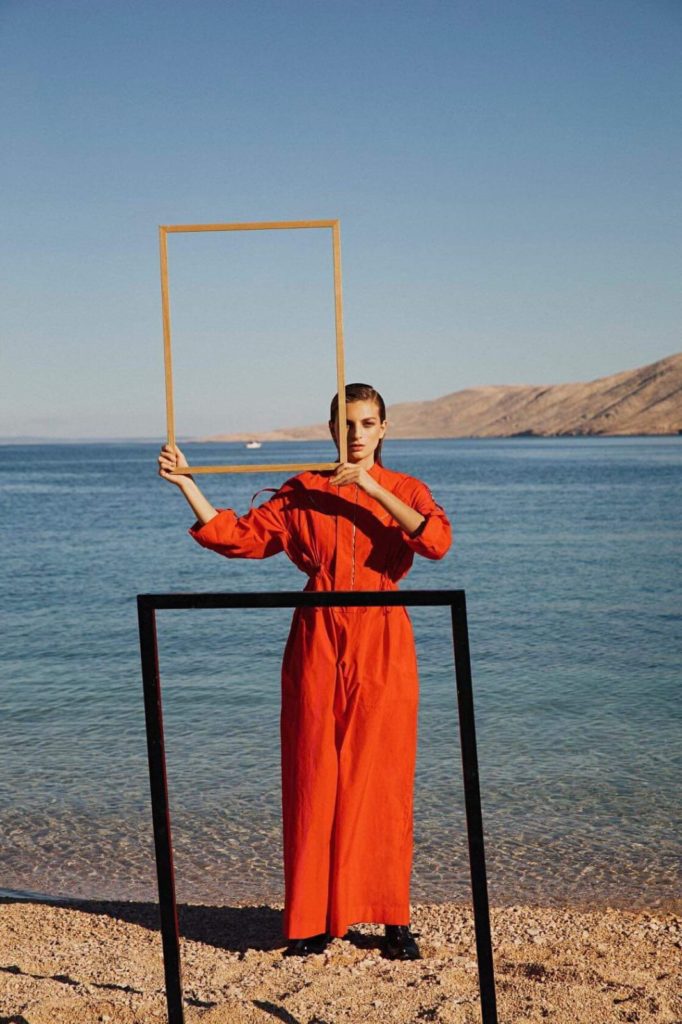 When it comes to the small screen, other jewels from Pag have caught the eyes of the creators of various advertising campaigns, and as a result we now have fantastic global campaigns for the most famous fashion magazine in the world – Vogue. And we all know that where Vogue goes, everyone goes, especially since the fashion giant chose Novalja and the island of Pag for their third fashion editorial.

After the Ukrainian and Latin American Vogue, Pag’s alluring ambiance was discovered by the Portuguese edition, and behind them stands the young photographer Jakov Baričić, a well-known name in the Croatian and global fashion industry. 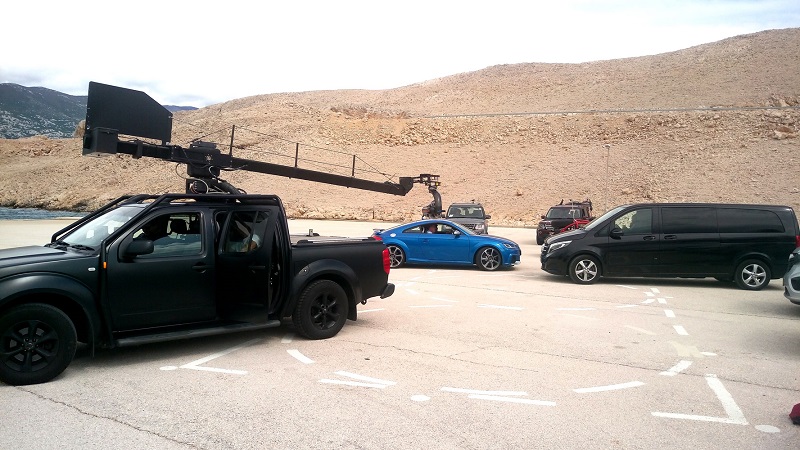 Why Pag, why the beaches Ručica and Beriknica in Metajna? Precisely because, as the director of the Tourist Board of the City of Novalja, Marina Šćiran Rizner, reveals, like other beaches on the island of Pag, it is among the most stunning in all of Croatia.

And what Vogue chooses is noticed by other magazines such as Elle, Harper’s Bazaar and others which have included the island of Pag, its beaches and the views from the Lun olive groves in their advertising catalogues.

Then there are the numerous campaigns, for example for famous brands such as Rimac’s cars, BMW, Porsche, Mercedes, Honda, limited American Triumph motorcycles, and Japan’s Canon… They took Pag under their wing, and in that sense they took Pag across the whole world. And given the fact that Pag has gone out into the world, here is another good reason for the world to come to Pag, to taste, feel, smell and enjoy the best that this island has to offer. The island boasts many fantastic locations and five destinations – Novalja, Pag, Kolan, Stara Novalja, Povljana. Five pearls of the island that are part of the great strategy to brand the island as one single entity.

They ‘’performed’’ together at foreign tourism fairs, and together they launched events such as the rowing regatta ‘’Osmerci on Pag’’ and ‘’Pag on the menu’’. This also resulted in the signing of a joint agreement of all the tourist boards of the island of Pag and the branding of the destination through outdoor tourism.

A joint tourist-oriented work is also coming to market, a film that brought to the forefront some of the island’s most important acquisitions. The City of Pag presented itself with its UNESCO-protected Pag lace, a beautiful view of the old town reminiscent of Dubrovnik, folk costumes, dances from Pag, and gastronomic attractions, to the people of the Benedictine monastery of St. Margaret.

The film also presented the undisputed gastronomic delicacies such as the famous Pag cheese, but also views of the Pag saltworks, the ‘’Embrace of stone and wind’’ cycling path which was co-financed by the Ministry of Regional Development and EU funds, and the island’s Nordic walking trails. It showcased only what is already well known, that Pag is, more than anything, the entire taste and smell of the destination, the perfect place to relax and the provider of a truly unforgettable experience.

There is also the award-winning camp Straško and camp Šimuni, cultural heritage, galleries which showcase the island’s inherited wealth, ornithological reserves, an amazing underwater amphora site near Šimun, the protected area of ​​the Hanzina forest, the Lun olive groves, the Roman aqueduct…

Anyone who comes to Pag will find it difficult to leave it again. Because, among other things, the bay of Ručica awaits its visitors with its gorgeous long sandy beaches framed by bare rocks that stretch steeply out into the sea. Or the numerous beaches that stretch along the entire island. 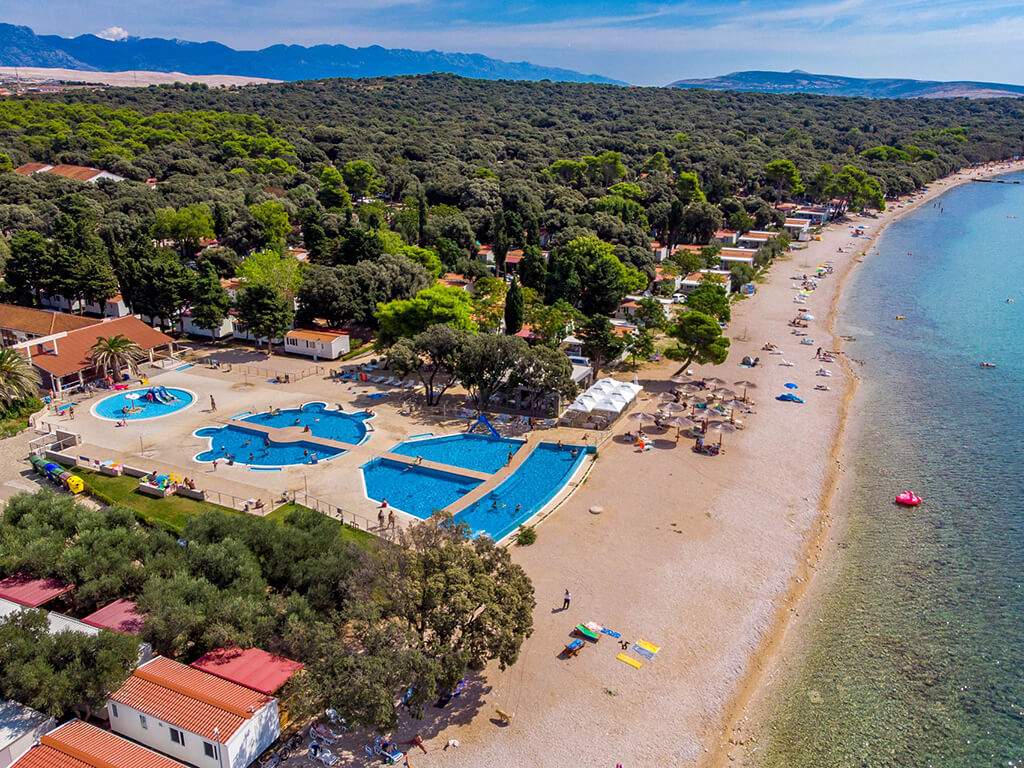 You can enjoy the view of the dry stone walls, climb up to the various lookouts, and even enjoy Pag’s healing mud. Some will choose to observe the birds in the ornithological reserve, many will be interested in the famous Pag Triangle, a place which carries with it a legend about extraterrestrial civilisations that may have left their mark there.

Are you perhaps in favour of sage cheese, or one made from a combination of sheep’s and cow’s milk that has been awarded many times at various fairs in the country and throughout the world?

Or maybe you’re up for some cheese with paprika? We definitely recommend trying the cheese with green and black olives, cottage cheese as a rhapsody of flavours, and pralines with Pag cheese, which can also be taken home as an original island souvenir.

All of this is Pag, a combination of traditional, modern, the future, recognisable and ready to lure you to it.

The island is just waiting for you to grab it with both hands and a set of full lungs. 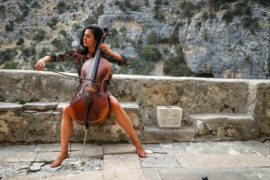 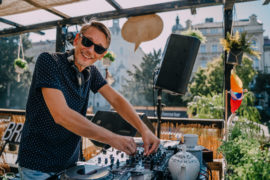 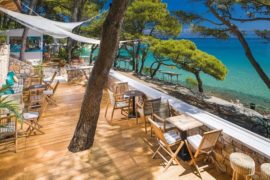